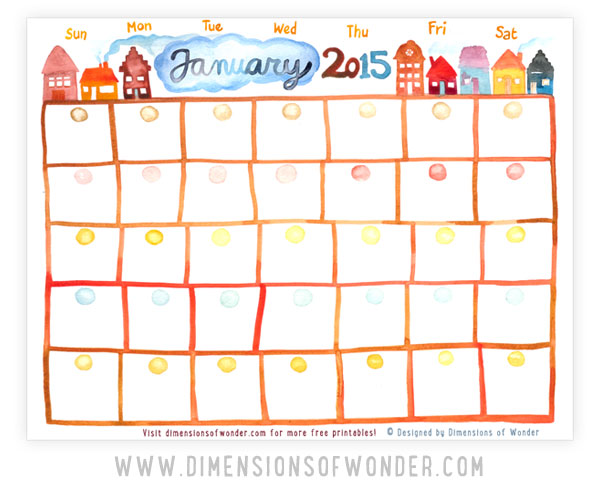 About the 2015 Printable Calendars

The monthly calendars of 2015 are going to be a little different from last year. The month and year are included in this design – the dates are to be filled out. This makes it easier for me to (later) create a blank calendar from the same design, one that can be used for any month.

Another thing is that I’ll be making the entire 2015 series of printable calendars in the coming days, to avoid the scramble at the end of each month (for me) and the waiting and asking (for you). 🙂

Which means February can now be downloaded too, and more will follow.