Finding yourself wondering ‘Are cosmetics tested on animals, in our day and age, still…?’ Briefly put: yes, many are. Too many.

Did you know most companies that fill the shelves with so-called A-list cosmetics and household products are either actively partaking in animal testing or funding it?

From Axe to Victoria’s Secret and from Chapstick to Chanel: giving your beauty routine, house cleaning products, and detergents a compassionate makeover might consist of replacing most of the brands you’re used to.

If your home & bathroom are stocked and your beauty case is stuffed full of conventional makeup, it may take a while to roll over to the cruelty-free side. That’s okay. 🙂 It doesn’t need to happen overnight, the wish to do so is a great place to start. In fact, it’s where we all start!

Some brands are tested in the United States. Others are aiming to appease the increased outrage about doing so and have moved on to alternative testing methods. Unless… they can’t avoid it without losing revenue and market share.

In China, animal tests are mandatory by law. That’s where most so-called Western brands end up throwing their attempts to be ethical out the window, and comply, which means makeup brands can’t be cruelty-free if they also sell their products in China. Many companies have a sneakily crafted PR-statement to cover this caveat.

By the way, in the European Union, cosmetic animal testing has been outlawed since … . However, that doesn’t mean those classic brands of European origin are necessarily cruelty-free. You’ve guessed it: they often also sell in China.

Outside the home, maybe you have your nails done at a salon. Chances are everything they use is from brands that test on animals. The same goes for hairdressers.

Sunscreen is even worse than cosmetics because the FDA classifies sunscreen as drugs, which makes it subject to more elaborate testing.

Supporting cruelty-free brands over those tested on animals is worth it, though. As an animal lover, I’m sure you’ll agree going cruelty-free is simply the right thing to do. And discovering a whole range of new, awesome, off-the-beaten-path products to use, how fun is that!

How important is animal testing, in the grand scheme of things?

The list-of-things-that-should-not-be is seemingly endless. There are many wrongs to right to make the world a better place for all living beings. Yet we all only have two hands.

Whichever issue a person decides to tackle first, there will be a thousand other ones to address as well as folks with different ideas on what should take priority.

Unfortunately, it requires real big guns to tackle atrocities of a certain caliber. Going cruelty-free is an attainable goal. It’s something we can all do by leveraging our buying power.

Cruelty against animals in the name of vanity is completely unacceptable. Animal testing of consumer goods no longer has a place in this world and sending that message to those who pull the corporate strings is very feasible.

Besides, animal testing is an injustice you can contribute to ending, merely by deliberately selecting products you would use anyway. It doesn’t get in the way of other projects you may wish to devote time and attention to.

Going down the rabbit hole of conscious consuming

Everyone needs to get clean and presentable at one moment or another. We groom ourselves and perhaps take care of a few others. The place we reside in requires regular upkeep too.

Taking the cruelty-free route when picking out cosmetics, skincare, cleaners, detergents, and even clothing is relatively easy. If we bundle our forces and make a front, it really can make a difference for the animals in testing labs.

Branching out: other areas of improvement

The cruelty-free movement mainly focuses on personal care and cleaning supplies. However, as a compassionate consumer, it’s hard to ignore a few other ‘area’s of improvement’.

Aside from being subject to atrocious torture in laboratories, animals are used and abused in many more ways. Especially in the meat and fashion industry. You don’t have to be a hard-core vegan to acknowledge exploiting animals for fur, hair, body parts or skin while keeping them in inhumane conditions isn’t right.

(For example, personally, I completely boycotted H&M after a video came out of how angora bunnies have their fur ripped out every six weeks.)

People in developing countries are struggling to stay alive on ridiculous wages to meet the cheap prices at western department stores. It’s an unbalanced – you could even say a diseased – system, built to keep up with the insane demand and supply the greedy first world’s never-ending chain of stuff.

The health hazards humans are exposed to when working closely with toxic substances is another aspect of their exploitation. Pesticides ultimately are nefarious to all: humans, animals, and nature/wildlife. Organic agriculture limits the accumulation of toxins in the environment.

So while cruelty-free is very important on its own, should you wish to up your game it doesn’t hurt to keep an eye out for two other key parts of ethical shopping: fair-trade and organic.

With that said, let’s loop back to the initial topic and take a closer look at the necessity of animal testing. (Or rather, the lack thereof.)

Aside from the fact that it is cruel, there’s another problem. The usefulness of testing substances or products on animals is highly doubtful, which makes it even bigger madness that this is still happening.

New synthetic substances intended for use as cosmetic ingredients are invented regularly. Bluntly put, there is no real need for them. The sole purpose of the invention of such new chemicals is to market them, leverage the “new” aspect, and as a result, increase the revenue of the company.

When the only reason behind the torture of lab animals is to fill the pockets of those in charge, if that isn’t utter nonsense, I don’t know what is.

Tests only test within the pre-determined scope of the test

This is what makes all scientific testing dodgy, flawed, or highly subjective at best.

The scope of a test entirely depends on where the individual(s) in charge decide(s) to draw a line. It applies to all and any scientific testing, whether involving humans, animals or other things altogether.

When testing for adverse reactions, this is also seriously limiting.

We’re talking short-term tests here because that’s what they are. Nobody is following around a group of people for twenty or thirty years to trace the impact of a cosmetic ingredient. Animals in labs aren’t even let to live out their life. Most often they’re put down once the term set for the testing has elapsed.

While it is understandable that a line is drawn somewhere due to limitations of time and resources, excuse me if I don’t have much sympathy for the time and financial constraints of conglomerates whose sole purpose is to generate revenue.

So this concept is yet another problem with the usefulness of animal testing.

In the case of the blatantly harmful things: do they really need it? Dripping corrosive cleaners in a rabbit’s eye or on their skin will cause nasty chemical burns, but you pretty much know this will happen, so then why bother?

In the case of potentially nasty stuff that we don’t know much about yet, it may be tested for a set time-frame and may even be cleared for use in the absence of any serious adverse reactions in the animals it was tested on. But who’s to say a much longer exposure doesn’t cause damage?

Metaphorically speaking, the tests on animals boil down to trying to map out the unpredictable effects of an unknown substance while examining only what happens within the borders of a small, hand-drawn shape.

Next, animal tests are often inconclusive. This one pretty much speaks for itself: Because animals are very different from humans, testing on one species hardly gives scientists the needed results or information to apply to another.

So why do it anyway?

Often times it boils down to liability issues. Additionally, things can be a matter of holding onto a status-quo that is seriously outdated. In other words: they are done a certain way because that’s how they’ve been done for a long time. People find it uncomfortable to veer away from familiar processes.

Using animals for tests to – hopefully – rule out the unexpected is part of a sturdy system that allows business owners to cover their behinds legally speaking. Never mind the validity and accuracy of the findings are highly doubtful. Even if animal tests are far from ideal to rule out adverse reactions in humans, it’s a box checked off.

The combination of two things makes it so that in today’s day and age, animal testing is really a choice, nothing else.

There are serious issues with the dependability and the validity of animal testing because these tests simply don’t prove or guarantee an identical reaction nor safety when used by humans.

There has been a huge increase in technological and scientific knowledge allowing for elaborate testing in other ways, that don’t inflict suffering on other beings, such as through the use of computer models or cell cultures.

Maybe fifty or a hundred years ago people genuinely believed they had to do tests on animals first. Right now, with all the additional options available and more current knowledge about genetics, it’s hard to ignore the unethical nature of such practices.

Add to that the fact that manufacturers have over 8000 already tested ingredients available to them. and it becomes abundantly clear animal testing can’t be abandoned soon enough.

So often the root motive to test ingredients and end products on animals is financial. Humans only use the items out of sheer vanity or simple habit. Do we need such products for our survival? Nope. Are there safe, cruelty-free alternatives? There sure are.

One of Big Cosmetics’ best-kept secrets

Most people love animals, at least a little bit. Everyone loves their own pets to pieces. I daresay very few people would actually be okay with animal testing, if only they knew about it.

That’s the thing – animal torture obviously isn’t something the beauty industry puts in the spotlight. Revenue and profit are what counts. Transparency and kindness? Not so much. The creepy stuff stays cleverly hidden, and deliberately out of the public eye.

You can’t take an active stance against something if you don’t know about it happening in the first place. Few are those who would not choose compassion over vanity when presented with the option. Let’s spread the word, help others realize what happens behind the scenes and be done with those cruel, outdated practices.

In conclusion, I’d like to say high five for reading this far. Glad you’re not one to shy away from difficult topics. We’ve covered a lot of different aspects of cosmetic animal testing here.

Are you excited to help convince those around you to make the switch, but still need a little more ‘oomph‘ to channel your inner demagogue?

Whether you’re already an avid supporter of cruelty-free products or still making up your mind, drop a line in the comments! Whether in search of a great replacement for a product that isn’t cruelty-free, or thrilled to share your favorite ethical brand… always happy to get the discussion flowing. 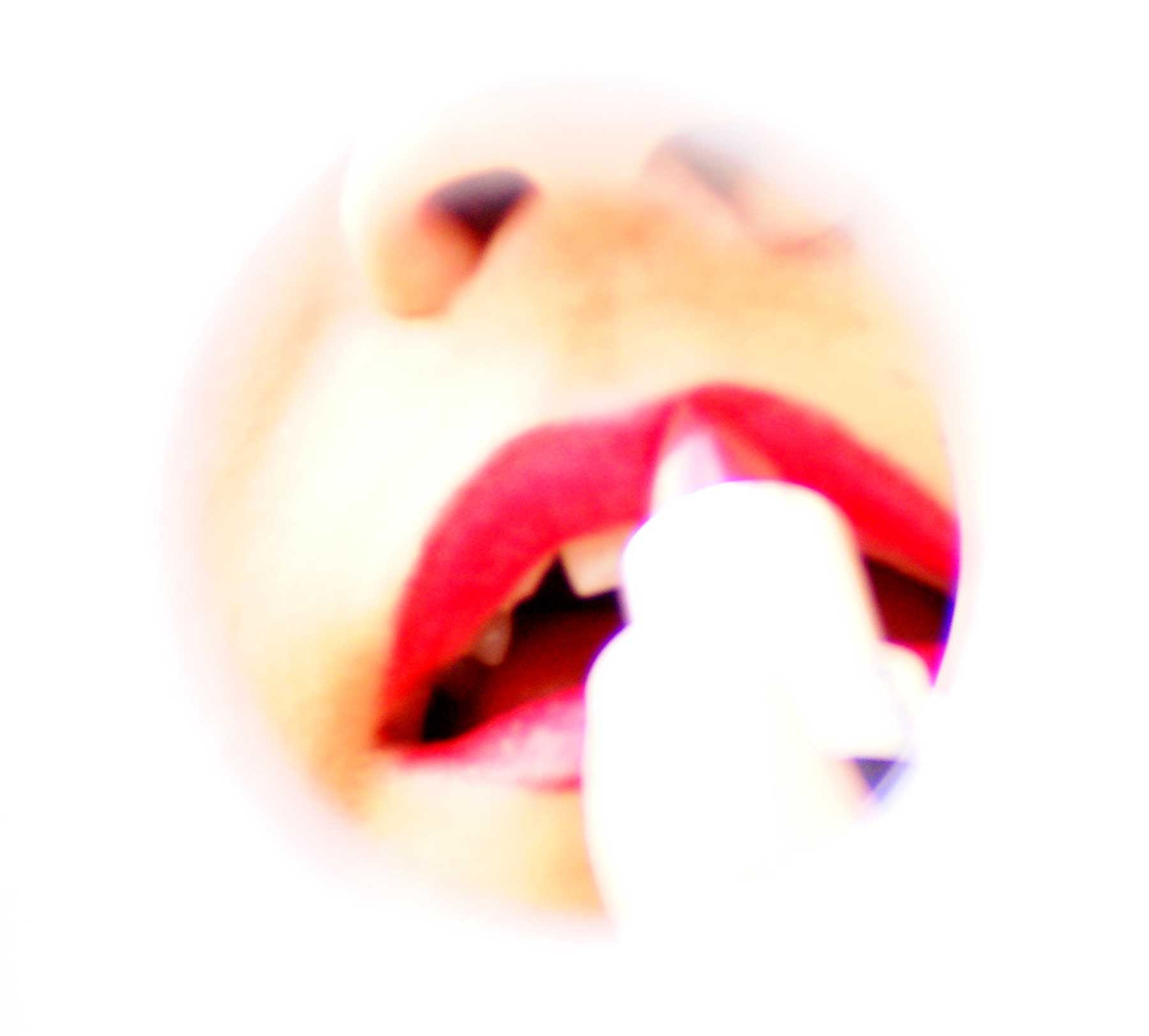 20 Fab Cruelty-Free Lipstick Brands, for a Glamorous Pout Minus the Animal Testing 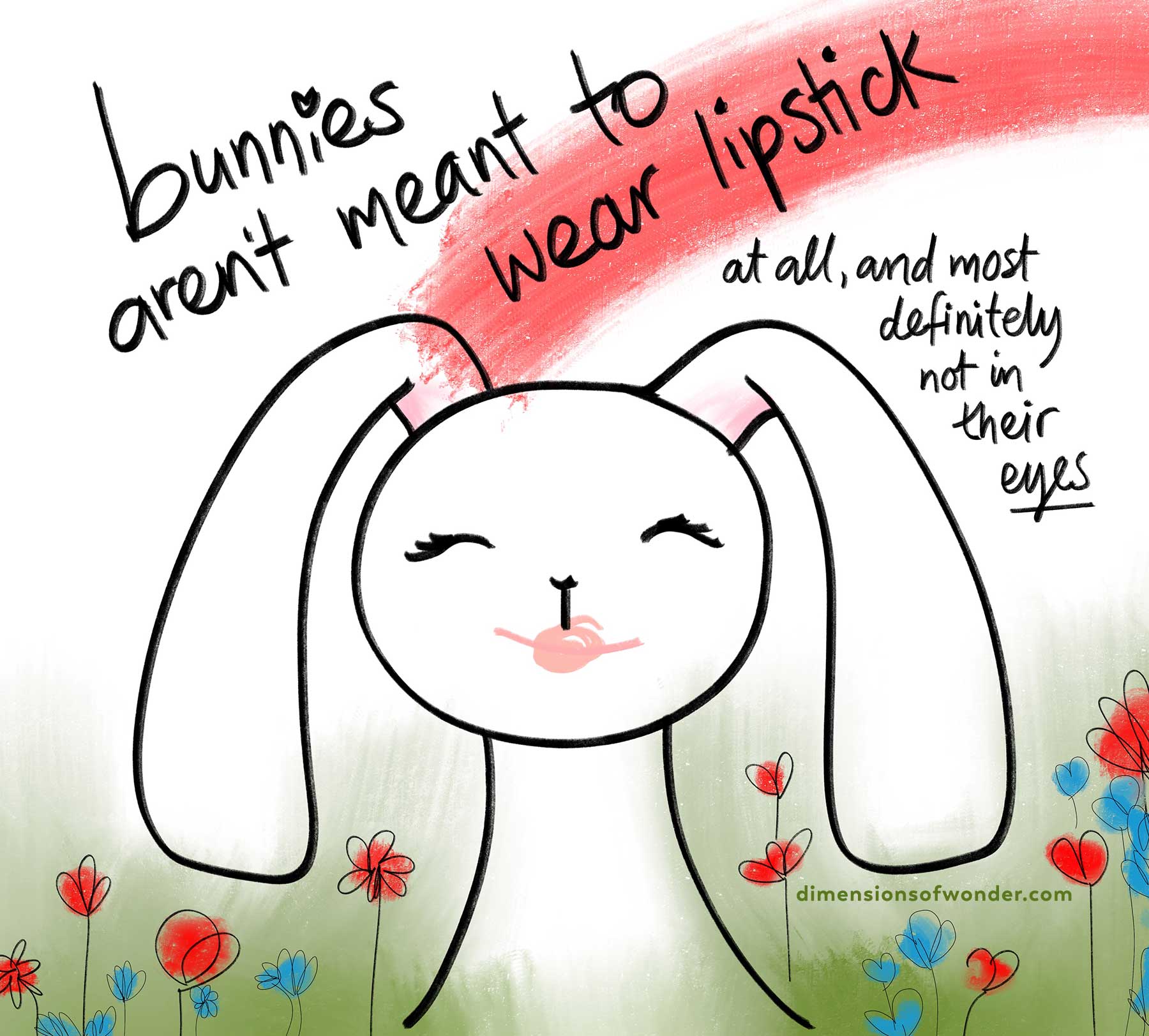 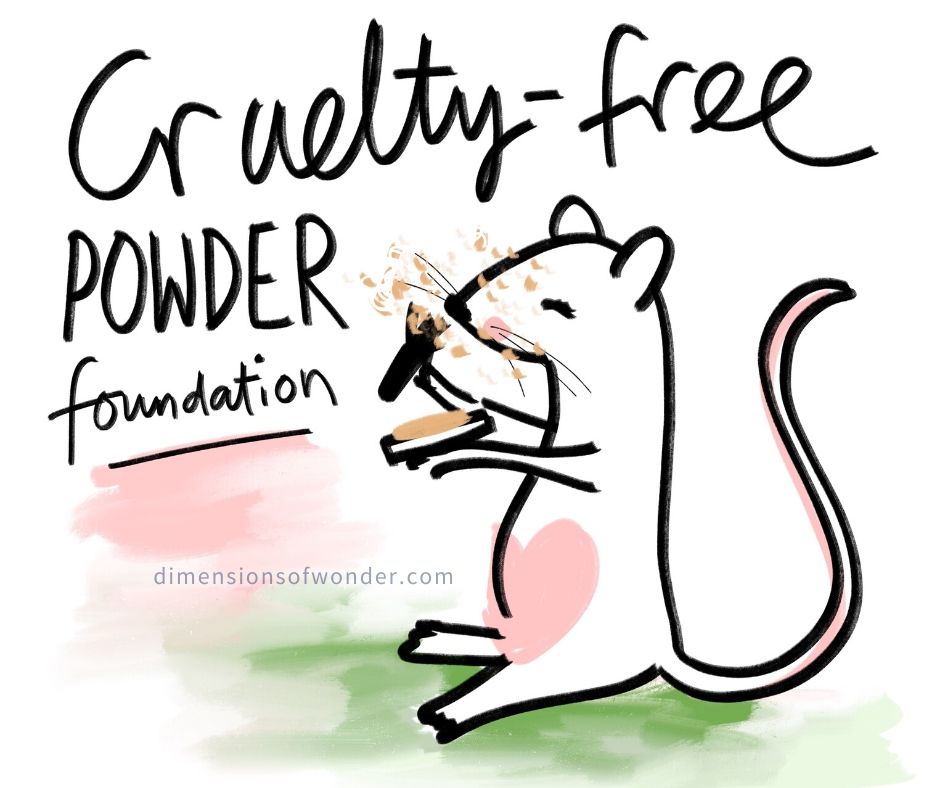 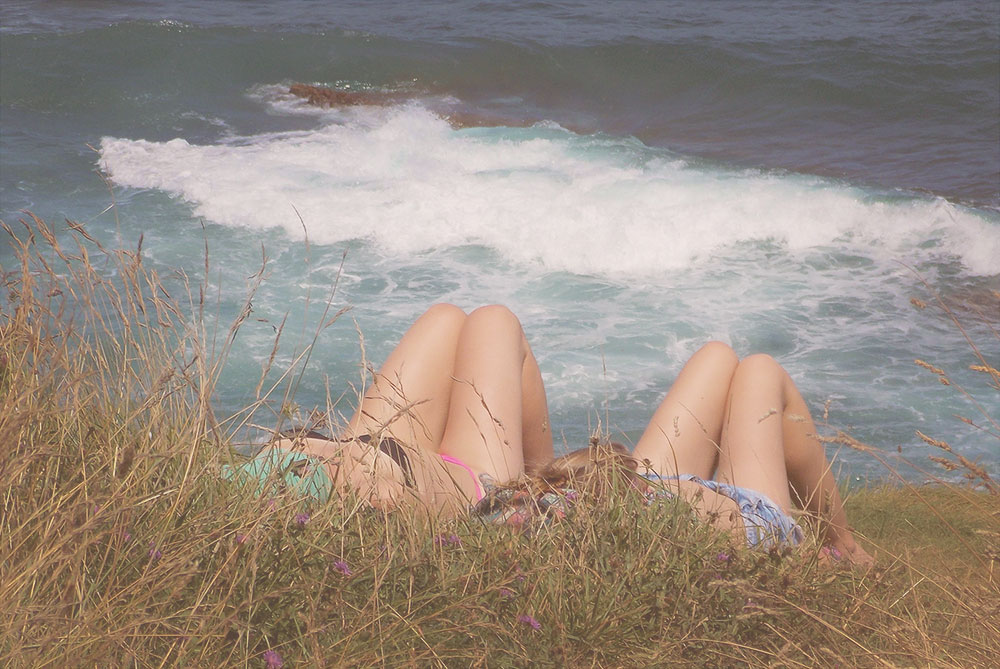 5 Cruelty-Free Mascara’s in Review: Are they worth the detour? 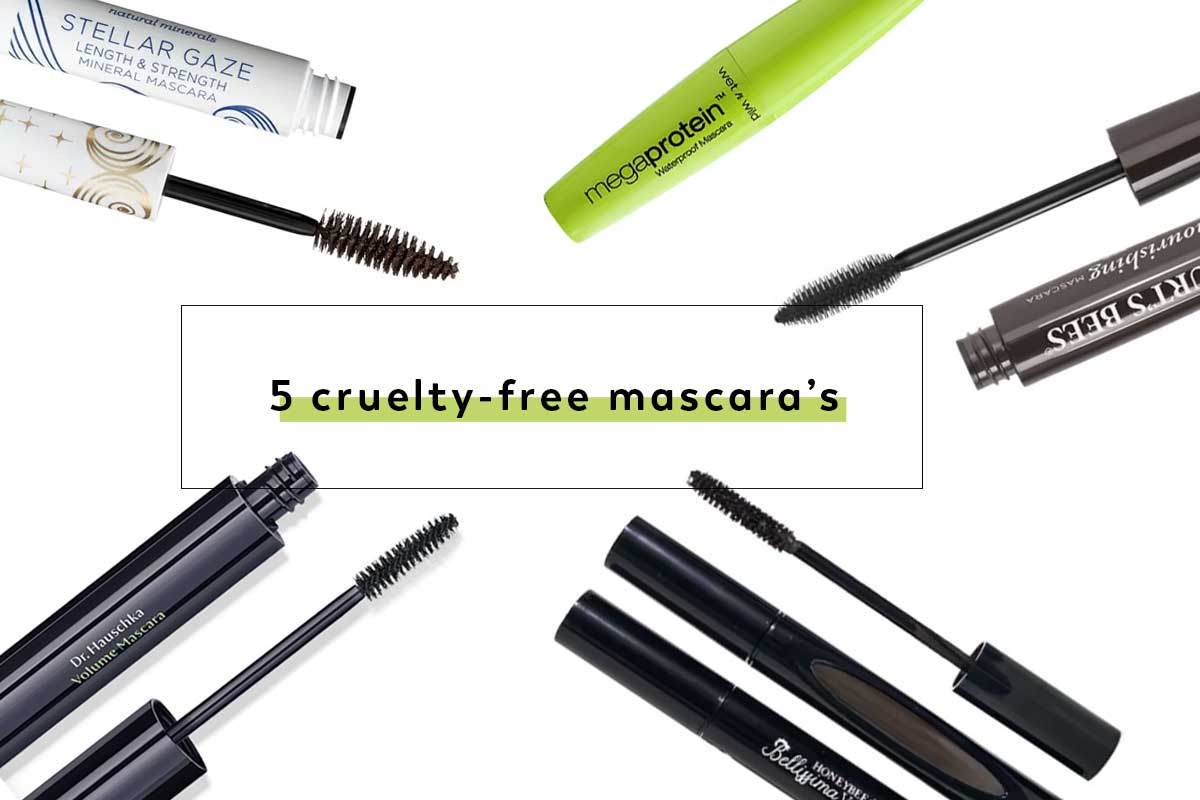